There has been a little bit of mischief going on around here lately. Woody and his Toy Story gang have been getting up to some cheeky things while we have been sleeping at night. Will loves to wake up in the morning and discover what they have been up to and I must admit that I am enjoying coming up with all the mischief making!

It all started with Woody and his buddies raiding the chocolate in the fridge. Will couldn’t believe his eyes when he saw them. 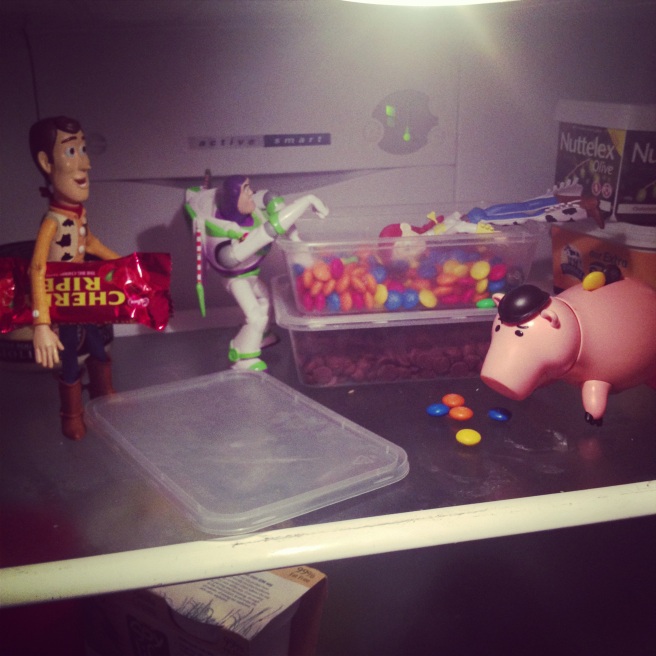 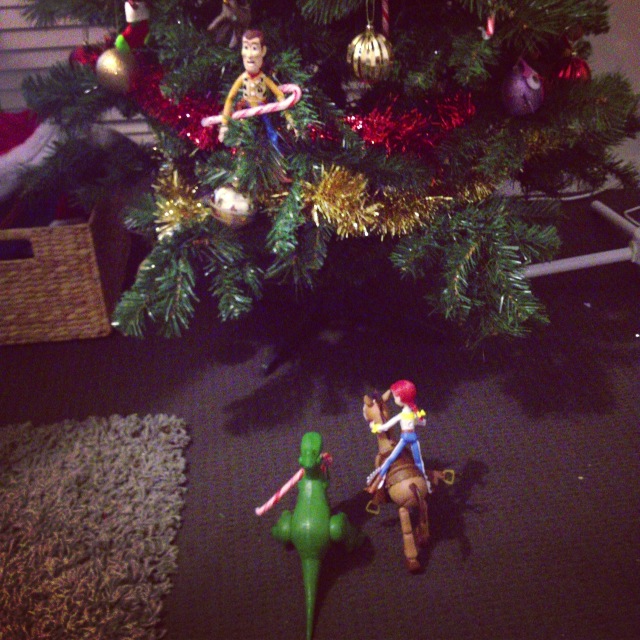 And then Zurg had gotten lose in the house and captured Buzz! 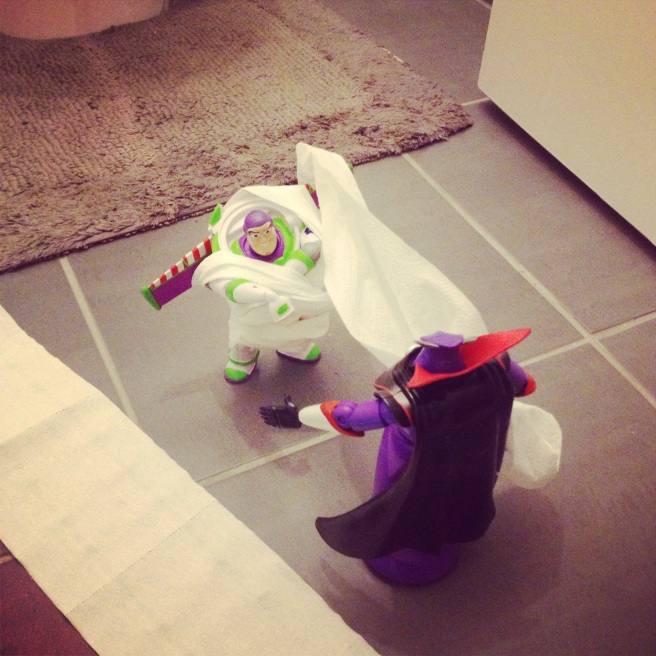 But the next night the fearless gang came to Buzz’s rescue and sought revenge on Zurg by using masking tape to tape him to the wall. 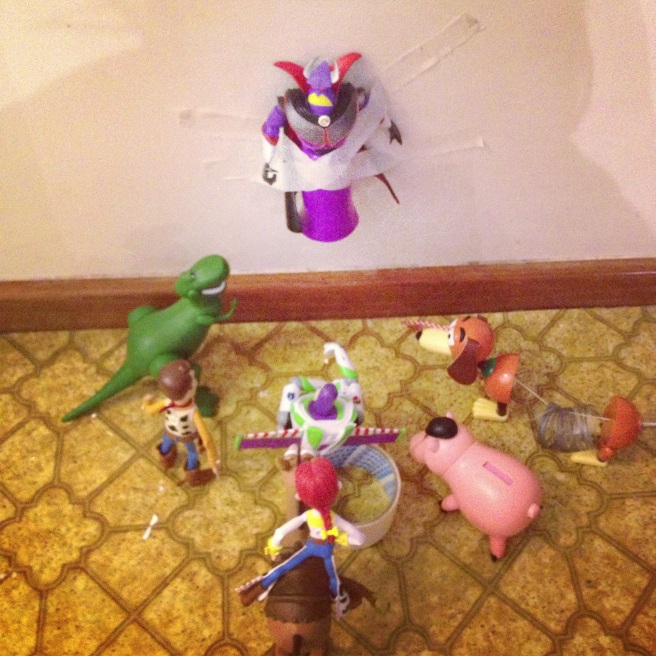 Then the gang made nice with Zurg and he was able to join in with the fun, this time it was piggy back races in the kitchen. 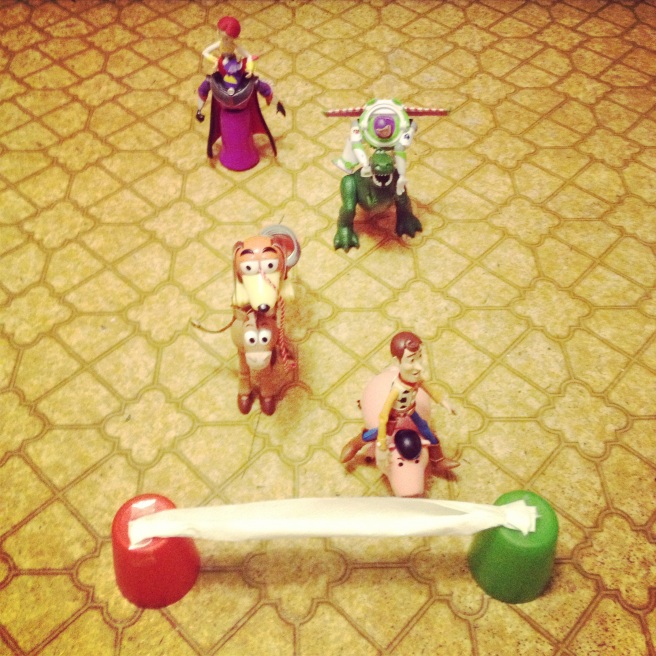 Stay tuned for more of Woody and the gangs antics.