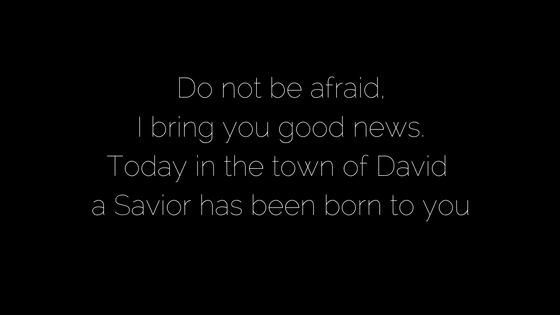 The moment Mary and the world had been waiting for had finally arrived, Jesus, the savior was born. All of heaven was rejoicing and the angels came to deliver the good news to the shepherds….

But the angel said to them, “Do not be afraid. I bring you good news that will cause great joy for all the people. Today in the town of David a Savior has been born to you; he is the Messiah, the Lord. This will be a sign to you: You will find a baby wrapped in cloths and lying in a manger.” Suddenly a great company of the heavenly host appeared with the angel, praising God and saying, “Glory to God in the highest heaven, and on earth peace to those on whom his favor rests.”  Luke 2:10-14

When they had seen him, they spread the word concerning what had been told them about this child, and all who heard it were amazed at what the shepherds said to them.  But Mary treasured up all these things and pondered them in her heart. Luke 2:17-19

Everyone was amazed and astonished by the story that the Shepard’s told, but it is said that Mary treasured them and pondered them.

It was like she had already been let in on a secret. God had already spoken things to her and now she was seeing them come to pass. I can just imagine a smile falling across her face as she began to see Gods promises unfolding before her eyes. She was seeing Gods goodness and faithfulness come to life.

She pondered the scene often. How Gods word and His faithfulness never fails. Mary would need to hold tightly to these words as Jesus grew and his life and destiny unfolded before her eyes. As He endured the cross Mary would need to dig out those treasured memories and hold firmly to them. Jesus, her son is the rescuer so she would need to let Him go and do the things He was sent to this world to do.

Mary teaches us that we need to build history with God and ponder the things He has done in our lives often. They are treasured scenes and memories that point to the glory of God and His promises to us. God is good and faithful and His word never fails but sometimes we forget. We get lost in the waiting and the weariness of it all. Treasure the Lord in your heart and ponder His ways, His words and His promises always.